To a lot of people, ‘renewables’ means energy from sources which are non-polluting, sustainable or carbon neutral.

In a Populus survey of over 2,000 UK energy customers, 43% believed this to be the case. In fact, many energy providers use ‘renewable’ to describe energy from ‘dirty’ sources, including biomass. This involves burning wood or waste and releases both solid carbon particulates and greenhouse gases like carbon dioxide (CO2) into the air.

So we’re calling on Ofgem to enforce a new label to clear up the confusion and empower consumers to make informed choices.

The big energy companies promote their non-standard offers with an variety of positive-sounding terms including ‘renewable’ ‘green’, ‘blue’, ‘better’, ‘smart’ and ‘low carbon’, and images of solar, wind or hydro generation.

The big energy companies promote their non-standard offers with an interchangeable variety of terms including ‘renewable’ ‘green’, ‘blue’, ‘better’, ‘smart’

Why we need clear definitions and information on our energy sources

When we audited big energy company websites to find out what sources were actually included in their products, we found a confusing variety of terms and an absence of definitive information.

See the bottom of this post for our full review.

We surveyed 2,110 consumers, representative of the UK population, on 26 April 2018 with Populus.*

* This research was carried out by Populus on behalf of Squeaky. Fieldwork took place between the 25th and 26th April 2018 to a UK sample of 2,110 adults aged 18+ and weighted to the profile of all UK adults. Populus is a founder member of the British Polling Council and abides by its rules. Further information at www.populus.co.uk.

As highlighted in a recent Channel 4 documentary biomass means burning wood or waste which releases both solid carbon particulates and greenhouse gases like carbon dioxide (CO2). To make matters worse, often the wood pellets have been imported from the US on oil fuelled ships.

Our plan to clean up green energy

We call on energy industry regulator Ofgem to develop and enforce a clear standard labelling system for energy products, a little like the colour-coded nutritional information on pre-packaged food. Here’s something we’ve mocked up… 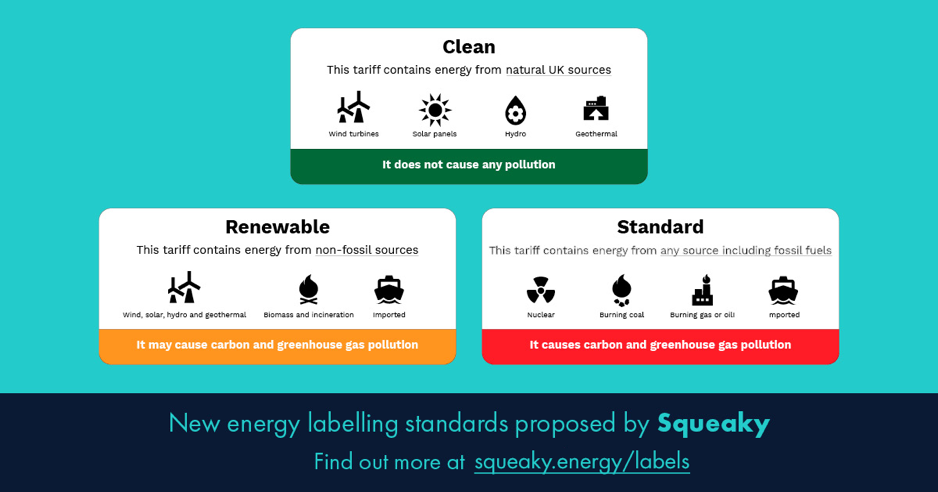 A clear, simple system like this could provide the information that people need to make informed choices about the source of their energy.

Here are the definitions that we think the industry should adopt.

Energy that is derived from natural, non-polluting, UK resources that are capable of being replenished in a short time scale, such as wind, solar, geothermal, wave, tidal and hydropower.

Energy that is derived from all forms of generation including oil, coal, gas, nuclear and renewable energy.

On 30 April 2018 we audited information available on these energy company’s websites about their ‘green’ tariffs, to try to understand what terms they use, what sources they contain, and how consistent they are. Here’s what we found. 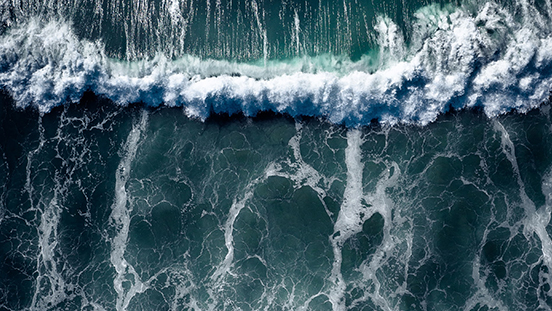 Email sent
All fields are required!
There was an error submitting your form, please try again.